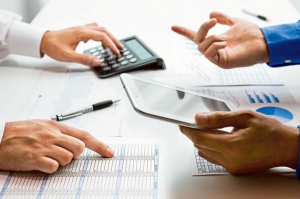 Patents have a life-time of between fifteen and twenty years in the USA, depending on the type of patent granted. The financial value of a patent may be necessary when an inventor is looking to raise capital to launch the product commercially, or the patent may need a financial value so it can be priced for those who wish to license it. In a reverse view, there may also be those who are seeking a license to stay competitive by using the new or improved technology in their particular market.

Whatever the reason, each patent finds its own price. Generally, but not exclusively, depending on these 5 common factors:

Importance of the Patent

Breakthrough patents are those that explore whole new areas of technology, such as Edison’s light bulb, or are the first to find answers to long-standing problems such as pharmacological cures. They may be patents for an invention yet to come, such as a definitive cure for AIDS. In these cases, the patents would be so innovative that they give the owner a complete monopoly over an entire industry and are extremely valuable, often worth billions of dollars. Incremental patents, which make only small advances over existing products, are usually, but not always, the least valuable. The value depends on how much competitors would pay to use your patented product or process.

The number of the patented items that are likely to be made and the cost of each item impacts on the value of a patent. What are the predicted sales that the patent can be expected to support, and for how long? The Intel® chip is one successful patented item that is reported to have a financial value estimated at billions of dollars.

Patents have a potential twenty-year monopoly. Patents that are just beginning their life and which have longer to run on the their potential monopoly position will have more financial value. A patent nearing the end of its term will cause little threat to its competitors, since it is likely that within those two decades, subsequent patents are providing better alternatives.

Amount of Prior Art

The number of provisional or fully patented products populating an area of innovation also have an effect on the value of a patent. Generally, if the particular innovative item is one of many articles of a similar theme, then the consumers are spoilt for choice and the value of each patent in that field will have a relatively smaller premium than, for example, a stand alone patent with a captured customer base and no competition.

A patent may form part of an overall intellectual property strategy either to maximize its earning potential or to allow other patents to maximize theirs. Patents used to block other key players from gaining a foothold in a market or patents that supplement an original patent and rely on the protected matter in the original patent to successfully operate are commonly created by drug companies or telecommunication companies to protecting a strong first generation of patents, thereby securing a big chunk of a market and the ability to negotiate licenses and royalties from the successful technology.